For many Nicaraguans seeking work, Costa Rica is the choice

After following her parents from their native Nicaragua in 2009, she met a man and got married. Some could say the 39-year-old has it all — a family, a place to live and legal residency in the country she now calls home.

Better yet, Sanchez is able to work at a job that pays $700 a month - more than four times the average salary in her native Nicaragua.

While $700 a month may not seem like a lot to a first-world resident, many immigrants are pulled to Costa Rica by job opportunities and paychecks like Sanchez’s. An unskilled worker earns more than $95 in six days working at Costa Rica’s minimum wage, compared to $95 a month at the current Nicaraguan minimum wage.

But setting up a profitable life in a foreign country isn’t always easy. Across the world, immigrants leave their home countries while family members remain behind.

Sanchez’s parents returned to Nicaragua soon after they realized they would not be able to obtain legal residency in Costa Rica, and Sanchez’s oldest daughter, who is now 9, begged her mother to allow her to return with her grandparents. She and Sanchez decided that it would be best for her daughter to live in Nicaragua.

"I would like to have her here, but she doesn’t like it here," explained Sanchez in a phone interview. "So she’s over there, and I’m over here."

"Even though I’m here, I do it because I support them in everything I can," she said.

Why do Nicaraguans leave?

Emigration from Nicaragua to Costa Rica is common: Between 350,000 and 500,000 Nicaraguans live in Costa Rica, both legally and illegally, according to the International Organization for Migration and the CIA World Factbook.

Unlike the south-to-north migration common to Honduras, Guatemala and El Salvador, Nicaragua’s south-to-south migration is not fueled by violence and danger.

Nicaragua has a lower homicide rate than the northern Central American countries. Gang violence and high murder rates in countries like El Salvador were a key reason for the large influx of unaccompanied minors into the United States in 2014, with many seeking asylum.

Higher wages, combined with the availability of agriculture, construction and domestic jobs, bring many Nicaraguans to Costa Rica. In addition, Costa Rica has universal health care and higher education standards — nearly a 99 percent literacy rate, according to UNICEF — along with an overall higher standard of living. 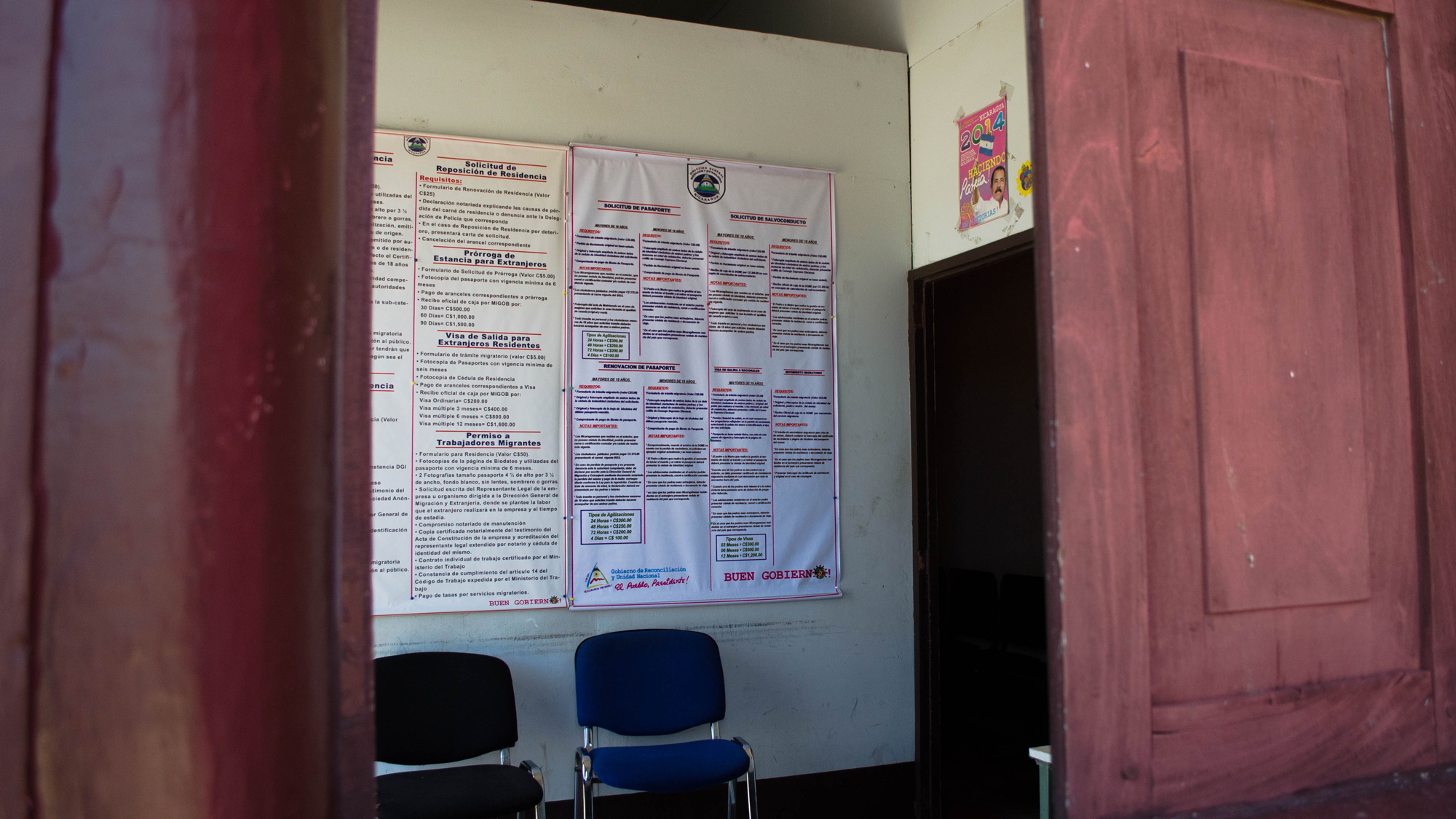 The waiting room is empty at the Directorate General of Immigration in Granada, Nicaragua. The main offices are located in Managua. (Photo by Amanda LaCasse)

Although legal and illegal avenues exist for Nicaraguans to emigrate to the United States, many choose instead to come to Costa Rica because it is closer, cheaper and somewhat less risky.

Yudy Sanchez, Lidia’s sister who lives in Rivas, Nicaragua, knows many people who have emigrated to Costa Rica and the United States.

"There are many who decide to leave illegally, to the United States," Yudy Sanchez said in an interview at the hotel she helps manage in Rivas. "But there are many risks."

Still, Yudy Sanchez said Nicaraguans face many of the same risks and hurdles when illegally crossing into neighboring Costa Rica.

Sanchez said these risks include ‘gente mala’ — bad people — who robb or kill immigrants, along with difficulties finding a job without legal status.

"When one doesn’t have their papers in order, it’s very difficult for work," said Lidia Sanchez.

Obtaining the correct paperwork is one of the many challenges Nicaraguans face when arriving in Costa Rica.

Lidia Sanchez was able to obtain her residency after marrying her husband, but she was lucky. Many Nicaraguans are unable to obtain documentation needed to work in Costa Rica because it is expensive and they have to show financial viability.

Felix Cisneros, who worked as a news director in Nicaraguan television for two years and reported on immigration in the United States, Mexico and Costa Rica for five years, explained in an email interview that some Nicaraguans are able to enter Costa Rica for a set period of time through a bilateral agreement between the two countries. Even then, Nicaraguans must return from Costa Rica when the time period ends.

One way Nicaraguans are able to illegally emigrate to Costa Rica is by overstaying a tourist or work visa. According to data from the Directorate General of Immigration in Costa Rica, 6,283 of 467,772 Nicaraguans who entered Costa Rica legally in 2014 remained in Costa Rica.

For the past 10 years, the country has cracked down on the influx of illegal immigrants. The government started to patrol its 192-mile border with Nicaragua and erected a mile of fencing in a high-traffic crossing area.

Carlos Ovando, a Nicaraguan and professor emeritus at the School of Transborder Studies at Arizona State University, said he believes people can still easily cross the Nicaragua-Costa Rica border.

"It’s a very porous border," Ovando said. "There is quite a bit of corruption." 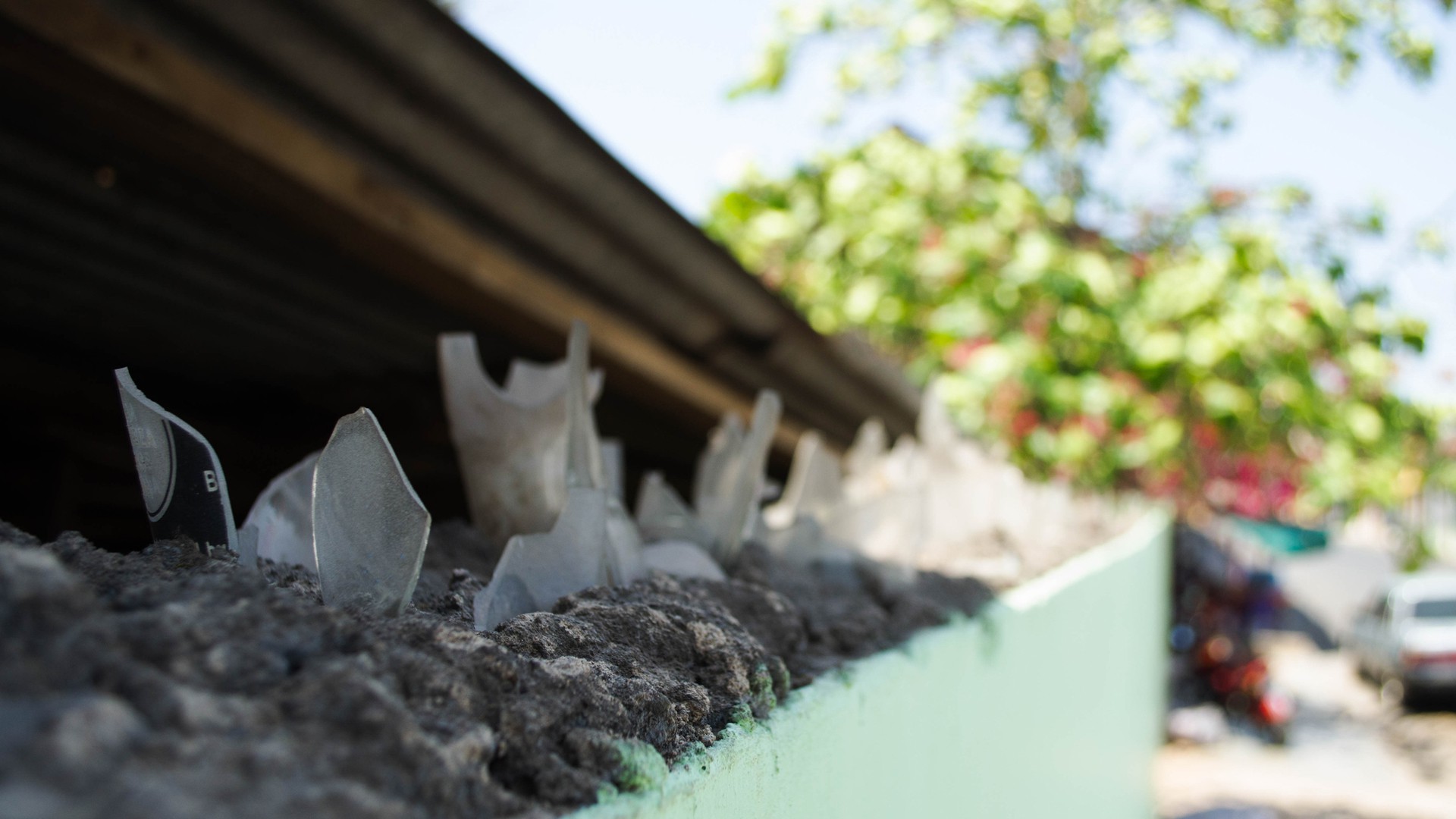 Broken bottles are cemented to the top of a wall at a house in Granada, Nicaragua. (Photo by Amanda LaCasse)

The Costa Rican government has passed laws levying steep fines against those who smuggle illegal immigrants into the country and also has passed sanctions against construction and service employers who hire undocumented immigrants.

Adrian Jimenez Ardon, an institutional planning advisor at the Directorate General of Immigration in Costa Rica, said in a phone interview that sanctions do not stop companies and farms from hiring foreign workers.

Ardon said employers are more willing to hire foreign workers and pay them a lower wage than they would pay Costa Rican workers, which makes Costa Rica a destination for immigrants searching for work.

In fact, Costa Rica is the leading destination for immigrants in Latin America. Latin American immigrants make up 9 percent of the total population, according to the United Nations Economic Commission for Latin America and the Caribbean.

Immigrants who are able to obtain a job in Costa Rica are likely to send money to their home countries in the form of remittances. According to the World Bank, Nicaraguans living and working in foreign countries sent more than $1 billion back to family members in 2011.

A report from the Central Bank of Nicaragua states that 60 percent of that money came from the United States, while 20 percent came from Costa Rica.

Lidia Sanchez said she sends about $100 from her $700 monthly paycheck to help her parents care for her daughter in Nicaragua.

The main reason for the influx of Nicaraguans is jobs; Nicaraguans are often willing to take jobs Costa Ricans don't want.

"The population (in Costa Rica) is highly educated, much more than Nicaragua," Ovando said, "and so there’s balance in that. The (Costa Ricans) don’t like to do the manual work."

The CIA World Factbook deems Costa Rica to have “relatively high education levels” but does not say the same of Nicaragua’s education levels, even though the two countries spend similar percentages of their government’s annual budgets on education each year.

"The more education you have, your dreams change," Ovando said. "The young people don’t want to do what their parents did," offering examples of Nicaraguans who work harvesting banana, sugar cane and coffee.

Carlos Sandoval Garcia has a doctorate in cultural studies from the University of Birmingham and is a professor at the School of Mass Communication Sciences at the University of Costa Rica. He has been studying migration for 24 years, and said it is relatively easy for Nicaraguans to find work when they have residency in Costa Rica in the "informal sector," especially because the Costa Rican economy has a sort of dependence on Nicaraguans.

Ardon said most manual labor in Costa Rica is done by international workers. In other words, he said, Costa Rica, like many other countries, is able to sustain construction and agriculture industries with illegal labor.

However, the steady stream of Nicaraguan workers in Costa Rica could be interrupted in the near future.

Costa Rica could lose part of the labor force it has grown to rely on if a controversial 173-mile canal is constructed between the east and west coasts of Nicaragua.

Hong Kong Nicaragua Canal Development Investment Co., the group that holds the exclusive rights to construct this canal, said it plans to hire up to half of the 50,000 canal construction workers from Nicaragua.

Many are skeptical that the canal will be built. However, others see the progress HKND has made as a sign of a real intent to build.

“I’ve been tracking it, and it looks like there’s traction. There’s resistance,” Ovando said. Nicaraguans who own land in the projected canal path have received notifications from the government, and farmers say they have witnessed surveyors on their property.

It's difficult to say what the potential impact the canal could have on the number of Nicaraguans in Costa Rica.

Theoretically, the increase in job opportunities could impact immigration, “but this is just speculation,” said Cisneros, the former news director, “and I do not want to speculate.”

Many experts, including Cisneros and Sandoval Garcia, believe immigration is already leveling out.

Nicaraguans who have emigrated to Costa Rica are “becoming little by little Costa Rican,” Cisneros added. He believes that, as Nicaraguans establish their homes in Costa Rica, they will become less likely to return to Nicaragua.

She said she hopes to move back to be with her daughter but has no idea when that will happen.

“Those are the plans, if the Lord permits it," she said. "I plan to make my home there in Nicaragua with my husband and daughter.” 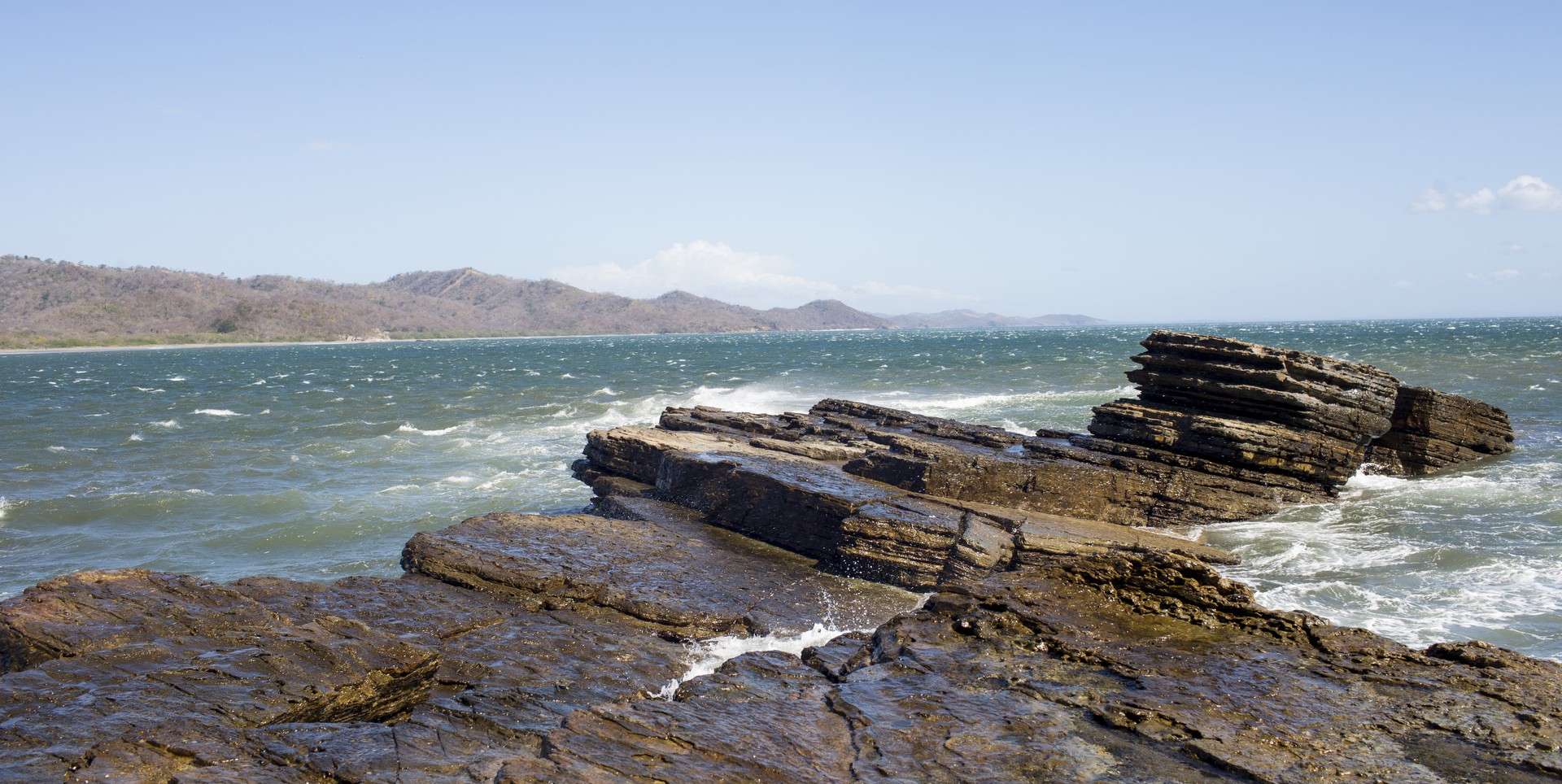 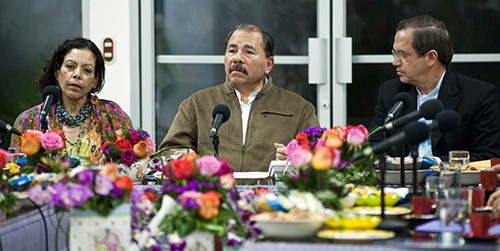 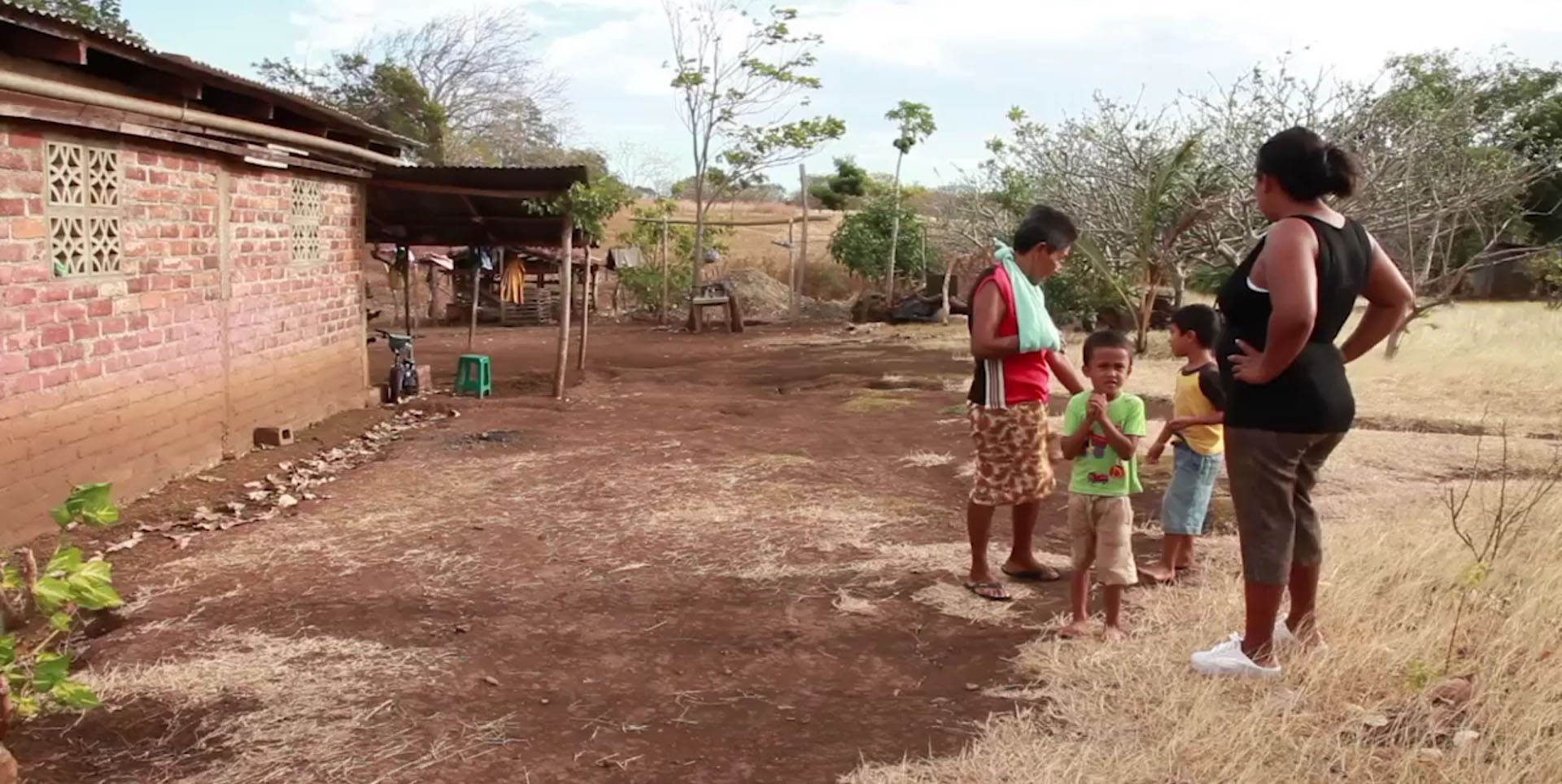 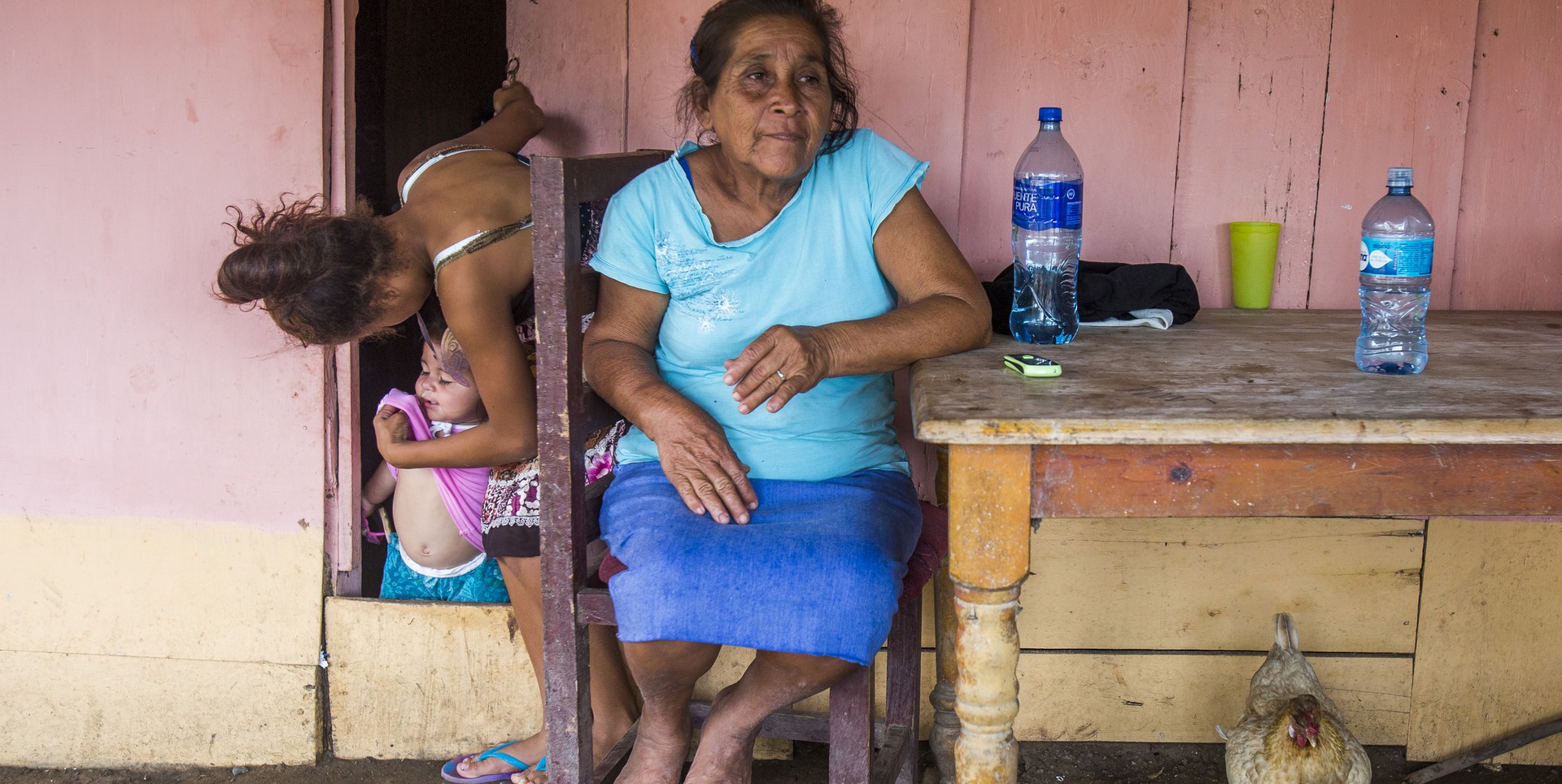 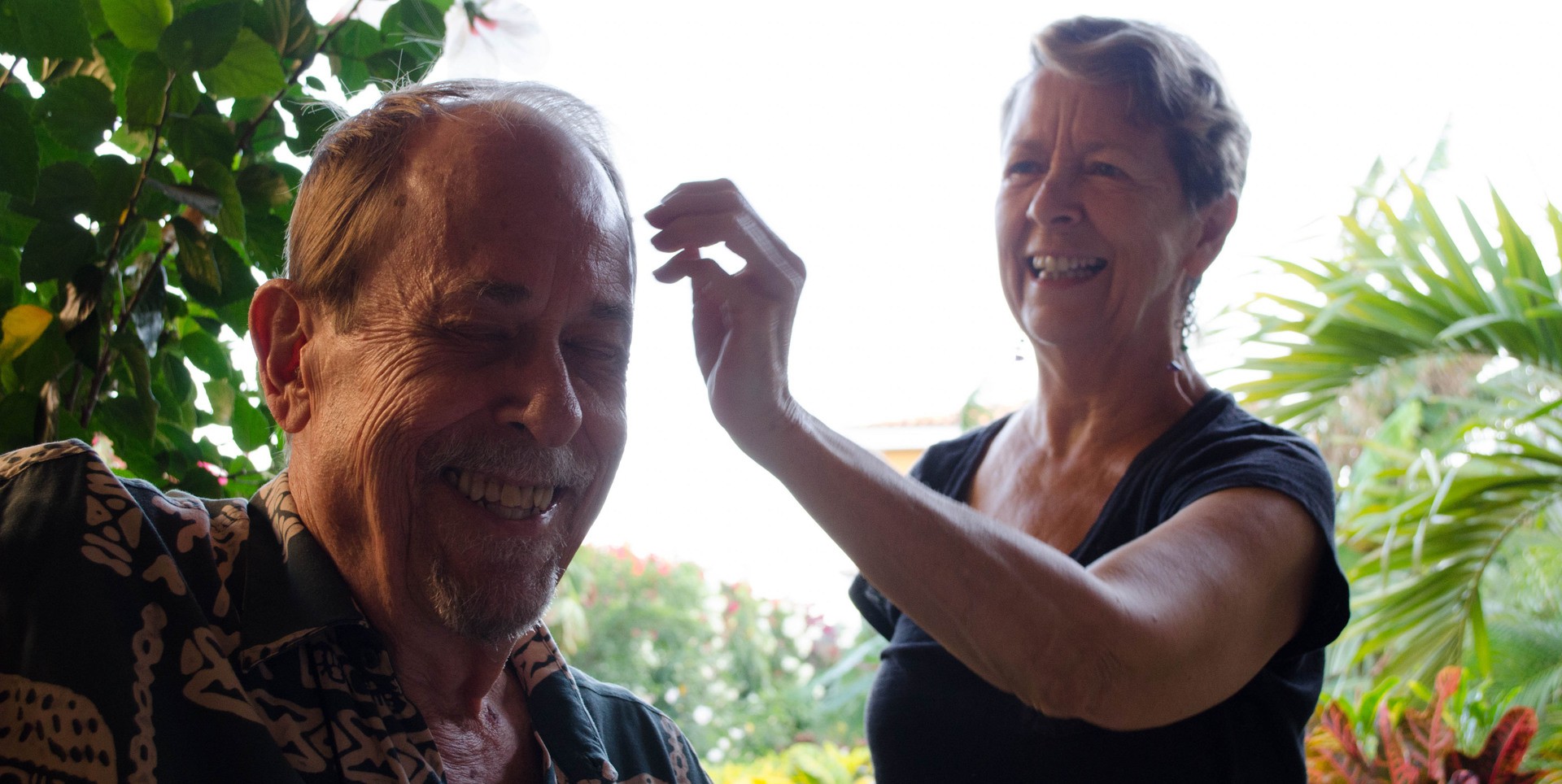 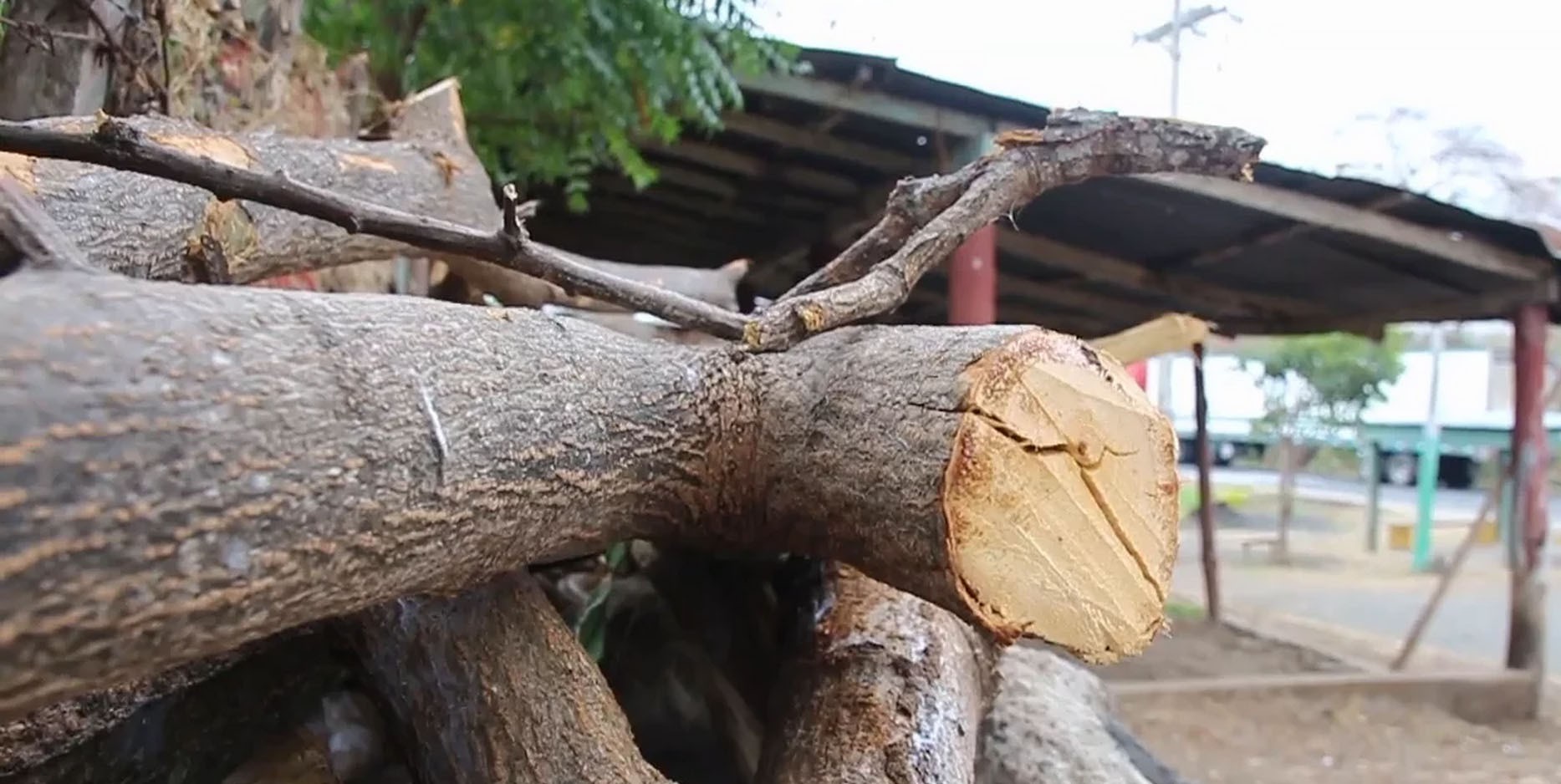 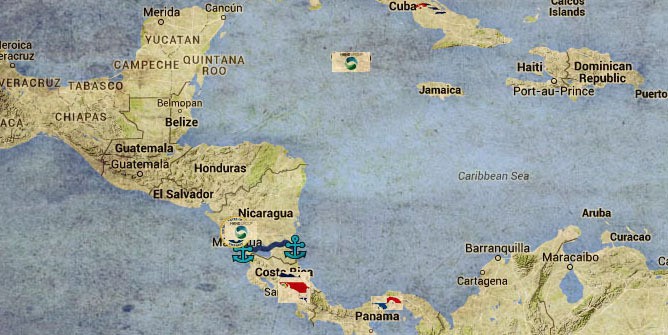 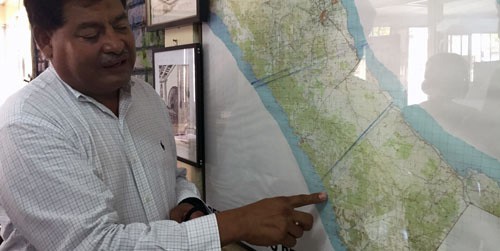 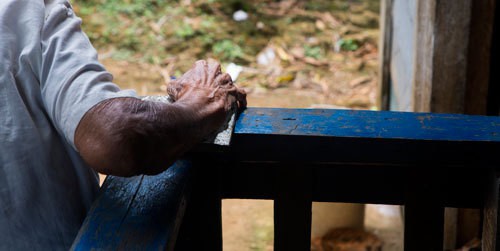 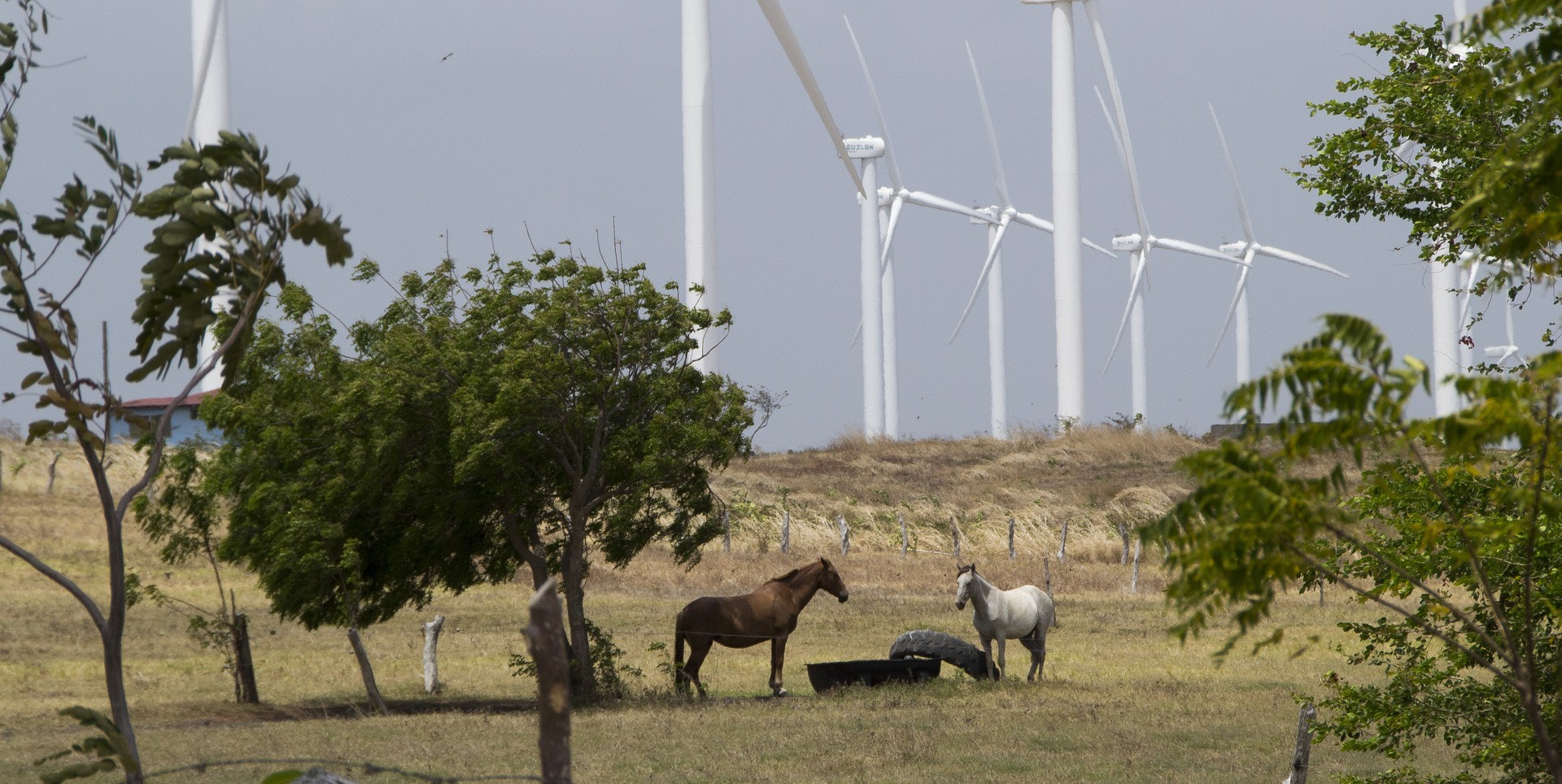 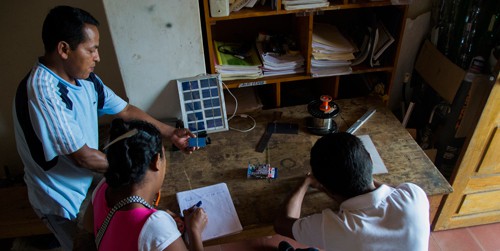 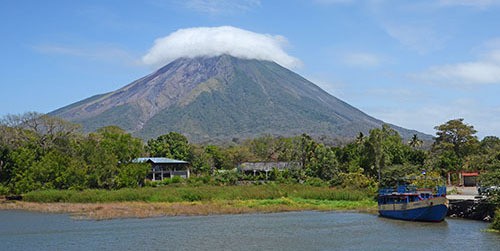 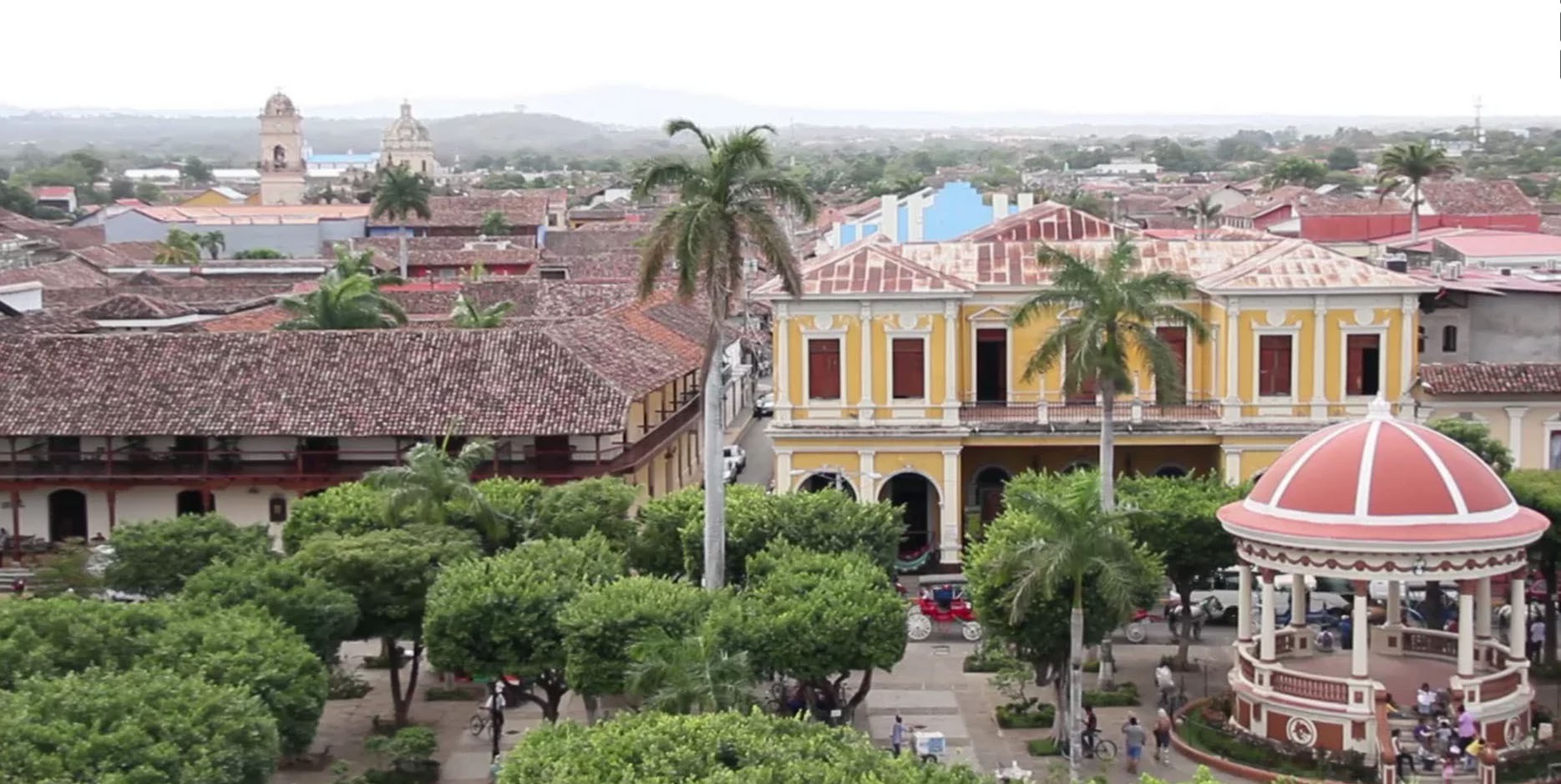 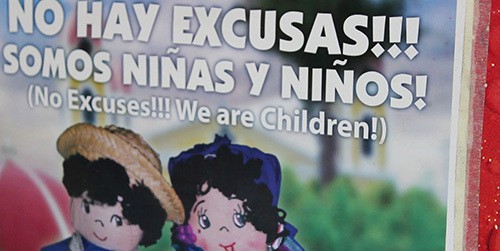 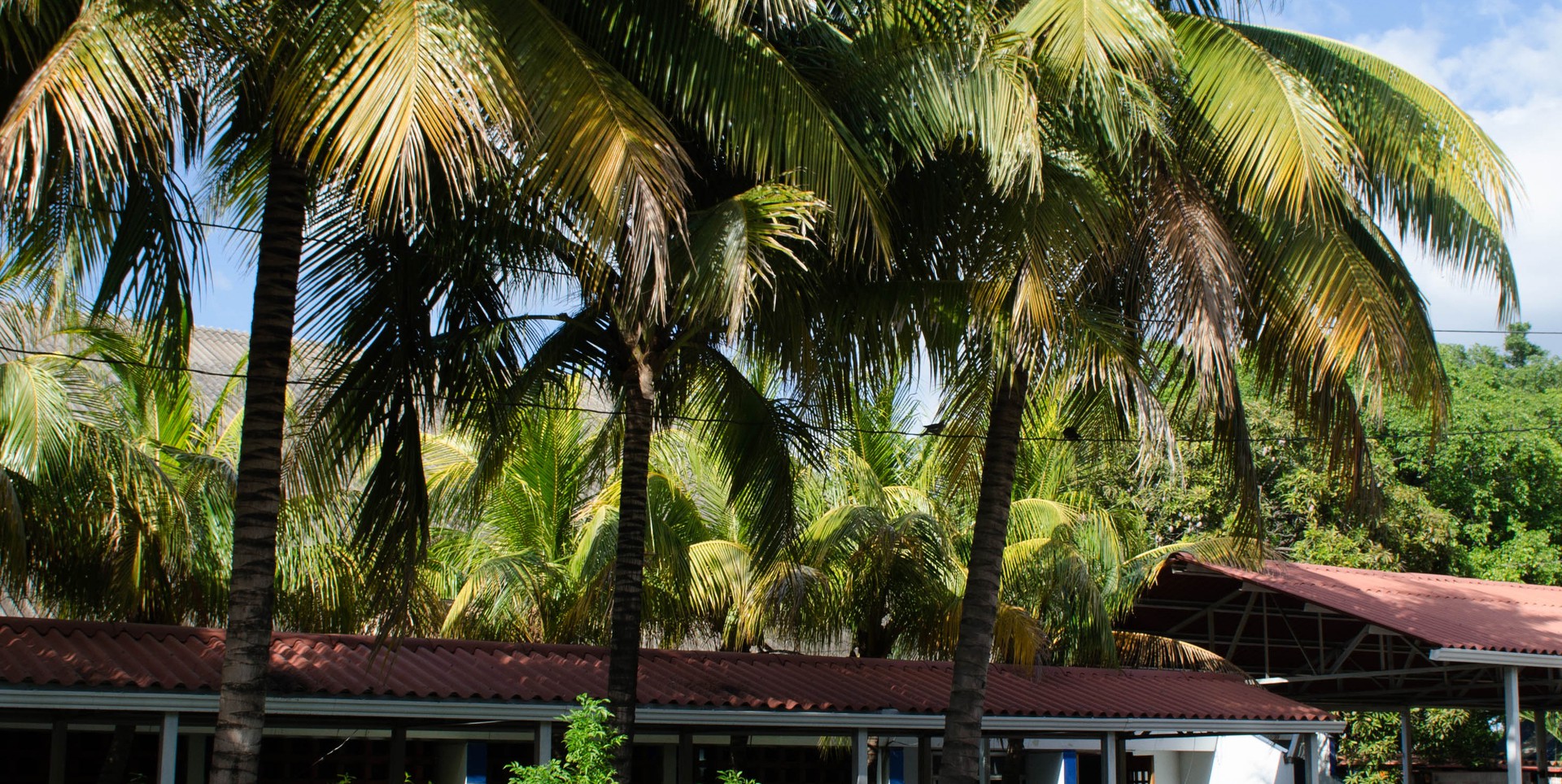