About Nicaragua: Channeling the Future

“Nicaragua: Channeling the Future” is semester-long reporting project by students at the Walter Cronkite School of Journalism and Mass Communication at Arizona State University. It is the work of 18 students enrolled in a spring 2015 Depth Reporting course on border, immigration, and sovereignty issues throughout the world. The course is a part of the Cronkite School’s Borderlands Initiative.

The students researched and reported for the project throughout the semester – and spent eight full days “on the ground” in Nicaragua over spring break, focusing on the political, social and economic ramifications of a massive project to build a new cross-continental canal. The project, published in July of 2015, features 15 packages consisting of text, video, photos and interactive graphics on various aspects of the canal project.

The students worked under the direction of Cronkite faculty members Rick Rodriguez and Jason Manning. The two have guided students in previous in-depth reporting projects on immigration and border issues in northern and southern Mexico, the Dominican Republic, Puerto Rico and Canada.

“Nicaragua: Channeling the Future” was made possible by a grant from the Howard G. Buffett Foundation, the Illinois-based nonprofit organization founded by the international photojournalist, author and philanthropist. 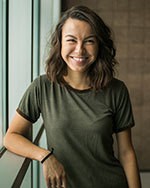 Mykaela Aguilar is a junior at the Walter Cronkite School of Journalism. She is focusing in print journalism and is pursuing a minor in transborder studies. She is a native New Mexican and currently runs a cooking blog. In the future she wants to cover transborder issues and blog for a living. 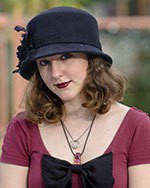 Molly Bilker is a student at the Cronkite School earning concurrent bachelor’s and master’s degrees in journalism. She also studies Spanish for the professions, English, and she is passionate about words and language. She has previously interned with Arizona Highways and Virgo Publishing to pursue her interest in long-form, magazine-style journalism. She will be graduating May 2016. 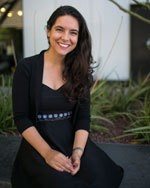 Elizabeth Blackburn is a multimedia journalist and master’s candidate at the Cronkite School. She has a passion to connect with people from all around the world, and to tell international, human stories. In May 2014, she graduated from her undergraduate program at the Cronkite School and Barrett, The Honors College. She was a student Emmy nominated producer for Cronkite News, and her documentary, “Healing Beyond Words,” was published on Hallmark’s video website, Spirit Clips. Along with her journalism studies, she is learning Russian and hopes to use this language skill to travel to Russia and Eurasia and explore the issues in that part of the world. 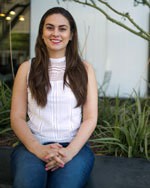 Samantha Davis graduated from the Walter Cronkite School of Journalism & Mass Communication at Arizona State University in May 2015. Currently she is a producer for the Today Show. During her time at Cronkite, she was a producer for Cronkite News on PBS channel 8 HD, and previously was the education/ health reporter for Cronkite News. She has also worked as a video producer for ASU Video Production, as the youth and education reporter for KNOW99, and as a freelancer for ASU's Gammage and the PAC-12 Network. She enjoys writing, traveling, and scuba diving. 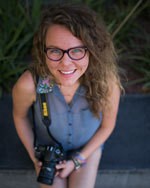 Amanda LaCasse is an Arizona native with a desire to bring attention to injustice and inequality through the use of words and photos. She graduated from the Cronkite School in 2015 with a bachelor’s degree in journalism. LaCasse has worked as a photo editor, photographer and reporter for the Downtown Devil, a hyperlocal publication recognized by the Society of Professional Journalists as “Best Independent Online Student Publication.” LaCasse has also photographed for JAVA Magazine and managed digital communications as an intern at Roosevelt Row CDC. 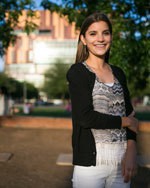 Erica Lang is a multimedia journalist with a strong interest in videography and visual storytelling. Erica is a Barrett Honors student at the Walter Cronkite School of Journalism with a Latino specialization. She will graduate in May 2016 with a dual bachelor’s and master’s degree in journalism and mass communication. She has interned at the Arizona Republic and KTAR Radio and enjoys covering borderlands issues. 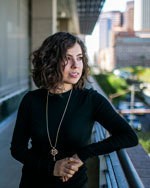 Carla León Celaya is a multimedia reporter at the Cronkite School of Journalism. The past three years she has been a part of Cronkite News en Español, which is a student run newscast that is produced two to three times per semester and airs in Univision Arizona. Aside from journalism, she is pursuing a minor in partnership dance. Carla is currently focusing in photojournalism and the visual aspect of storytelling. Given that her first language is Spanish, in the future, she hopes to work as a producer or reporter in a Spanish network. 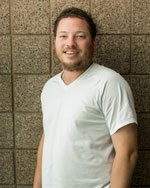 Charles McConnell is an aspiring foreign correspondent with a B.A. in Political Science from Trinity College, Connecticut. He came to the Walter Cronkite School of Journalism and Mass Communication in August 2014 and is pursuing a Master’s of Mass Communication degree. He will be interning during the summer of 2015 for the morning show at CNN, New Day, in New York City. He has travelled to over 25 countries, and his main areas of interest include international relations and American foreign policy, especially as they pertain to the Middle East and Central America. 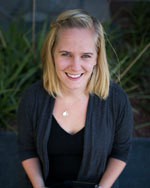 Cydney McFarland received her bachelor’s degree in Journalism and Mass Communication from in May 2015. During her time at the Cronkite School she worked for the student-run online publication, Downtown Devil, as a staff reporter and photographer and interned as a photographer for the United States Army and the Arizona Republic. Cydney hopes to continue working as a reporter and photographer covering stories on human rights and environmental issues. 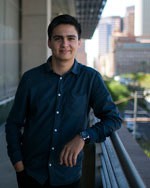 Miguel Otárola is an incoming senior at ASU's Walter Cronkite School of Journalism. He has worked previously with English and Spanish outlets, including the Arizona Republic and La Voz Arizona, and is set to intern with the Seattle Times in Summer 2015. Born in Antofagasta, Chile, Miguel moved to Tucson, Arizona in 2002, until moving to Phoenix for journalism school. A desire to learn about underrepresented communities drives most of his work and past experiences. Miguel is the current editor-in-chief of Downtown Devil, an SPJ award-winning independent news site focused on downtown Phoenix coverage. 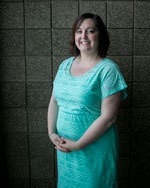 Theresa Poulson has nearly 10 years of experience covering politics and public policy as a multimedia journalist. She is currently a mid-career master’s student and associate faculty member at Arizona State University’s Walter Cronkite School of Journalism and Mass Communication. Before moving to Arizona, she was the first Capitol Hill video producer for The Washington Post and was a multimedia editor at National Journal. She hails from New Jersey and holds a bachelor’s degree from Rutgers University where she was editor-in-chief of the student-run newspaper, The Daily Targum. 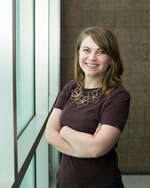 Elizabeth Riecken lived in Mexico for eight years during her childhood, where she learned to speak Spanish while attending Spanish-speaking schools. She graduated in May 2015 with a bachelor’s in journalism and a certificate in international studies. Elizabeth has interned with PBS, Arizona Capitol Television, CNN, The Arizona Republic and Arizona Midday. She continues her journalism career in Oregon as an Interactive Content Producer for a television station. 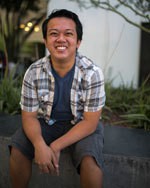 Coming from both Northern and Southern California, Daniel Santa Cruz ultimately came to Arizona to pursue his dream of in-depth storytelling, specifically documentary production. A senior at the Cronkite School, Daniel has interned at Virgo Publishing, Arizona PBS, and the Arizona Diamondbacks and is currently serving as multimedia editor for State Press Magazine. Daniel will graduate in December 2015 with a degree in journalism and a minor in political science, after which he hopes to tell the stories of those affected by social injustices around the world. 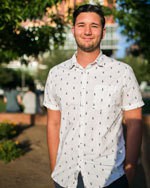 Currently a photo intern at the Arizona Republic, Valente has been a visual journalist throughout his college years. While new to the business of photojournalism, his enthusiasm and passion for the story have brought him to beautiful places, from the dark, cold deserts of eastern Arizona to the pacific shores of Nicaragua. 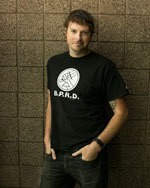 Dave Van En grew up in New England but has lived all over the country. He served in both the U.S. Air Force and Army, and recently came back to school to gain insight into the journalism industry and lend his experience to support media workers who work in high-risk environments. Through the support of ASU, Dave was able to create a company (PACE Development Group) focused on delivering security services for journalists. Dave graduated in 2015 from ASU's Walter Cronkite School of Journalism and Mass Communication. 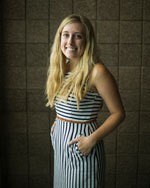 Sara Weber is an Arizona native earning her master's degree at the Walter Cronkite School. She received a bachelor's degree in journalism and political science from Northern Arizona University and chose to further pursue her passion for investigative and long-form journalism, and has since expanded her interests to digital storytelling. 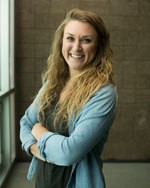 Meredith Witthar wants to produce content that affects positive change in the world. She is pursuing a dual degree, and will graduate in May 2015 with a Bachelor of Arts in broadcast journalism and a Master of Mass Communication, and a minor in Spanish. Meredith has interned with CBS Radio, RightThisMinute, KPNX and has worked with Cronkite News and the PIN Bureau at Arizona State University. 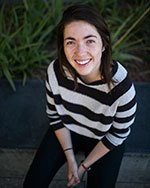 Danika Worthington is a junior print and digital journalism student with an emphasis on business reporting at the Walter Cronkite School of Journalism and Mass Communication. She is a Barrett Honors student who will graduate with a dual bachelor’s and master’s degree in May 2016. In between school, Danika also works as News Editor for the Downtown Devil, an SPJ award-winning student online publication independent of Arizona State University. She has previous internship experience with the Arizona Republic, Phoenix Business Journal and Church of England Newspaper. 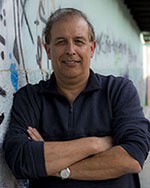 Rodriguez is the Cronkite School’s Carnegie Professor of Journalism. The former executive editor of The Sacramento (Calif.) Bee, Rodriguez was the first Latino president of the American Society of News Editors. He came to the Cronkite School in 2008 to develop a new cross-disciplinary specialization in the coverage of issues related to Latinos and the U.S.-Mexico border. Rodriguez is known nationally as a champion of watchdog journalism and newsroom diversity. 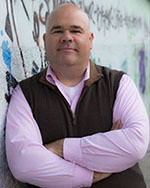 Manning is executive director for digital media within Student Services at ASU, as well as professor of practice at the Cronkite School. He serves as publisher of the university’s student-run news outlets and managing editor of the Cronkite Borderlands Initiative. Manning has worked as a reporter, producer, and editor for washingtonpost.com, PBS NewsHour and U.S. News & World Report. 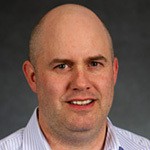 Reilley is the Cronkite News digital production bureau director and professor of practice. His students produce CronkiteNews.AZPBS.org, News21 and the Borderlands project websites. A former LA Times reporter and copy editor, Reilley was one of the founding editors of ChicagoTribune.com. He founded the journalism research site JournalistsToolbox.org, housed at the Society of Professional Journalists. He's a member of the SPJ national board of directors and is active in the Online News Association. 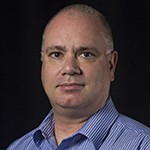 Nic Lindh is the Cronkite School Web master and instructional technology analyst. He built the school’s website and the site for Cronkite News, the school’s daily news website, and he helps faculty and students use technology. He also has taught graphic design at the school. Prior to coming to ASU, he worked as a writer, programmer and system administrator. 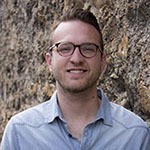 Steven Totten is an Arizona native and multimedia storyteller. His work has appeared in The Arizona Republic, KTAR, Tucson Sentinel, Valley Hype and Sounds & Colours. He recently completed a master’s degree in journalism at The Walter Cronkite School of Journalism & Mass Communication, focusing on new media and borderlands issues. Before joining the school in 2013, Totten earned a bachelor's degree from Arizona State University in English Literature and worked in early childhood as a Spanish-language educator.