On The Clock & In the Media: Race, Hiring and the NFL 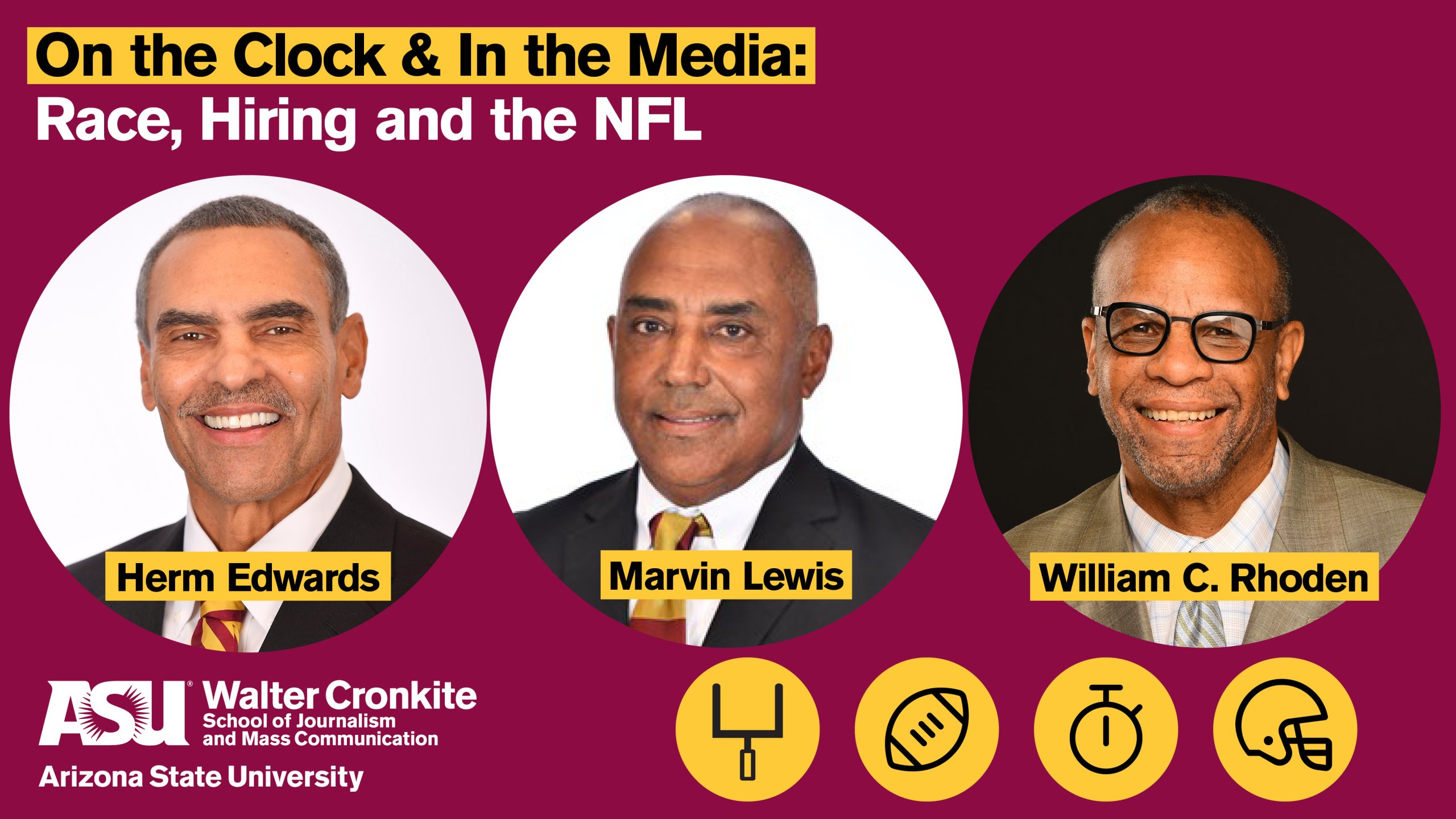 The Walter Cronkite School of Journalism and Mass Communication presents a dynamic panel discussion surrounding complex challenges in the NFL. In 2021, more than 70% of NFL players were people of color, according to The Institute for Diversity and Ethics in Sport. However, just five of the 32 NFL teams currently employ head coaches of color. Fans, coaches and players ask; How do we move forward? What improvements should the NFL team’s hiring practices make to bring more diversity into the NFL’s head coaching ranks? What role does the media play in showcasing these challenges? Students, the general public, and members of the media will not want to miss this critical discussion regarding the future of the NFL.

This incredibly important conversation will be moderated by Cronkite School Dean Dr. Battinto L. Batts, Jr. and will include the following panelists: