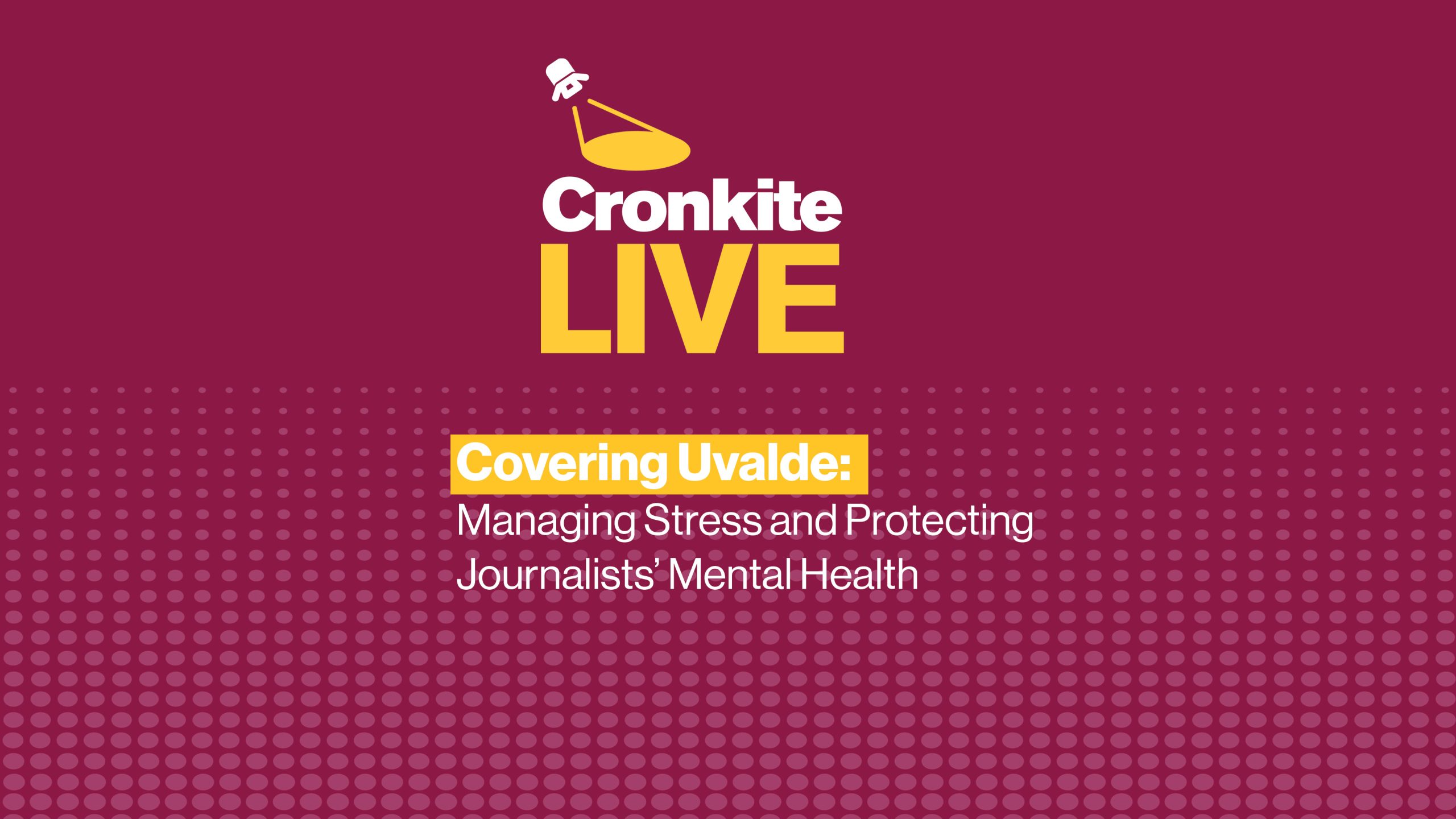 The job of a journalist can be extremely rewarding. It can also be tough. So much so that the Society of Professional Journalists has created a web-based toolbox that provides invaluable resources for those who cover protests, traumatic events, and violent acts. Join us for an online conversation with journalists and former Cronkite students who covered the Uvalde school shootings and learn how they managed stress and protected their mental health.

Brett Kurland is an award-winning sports journalist and entrepreneur and founding director of the Cronkite News Phoenix Sports Bureau at the Walter Cronkite School of Journalism and Mass Communication. As assistant dean for Instruction and Partnerships at the Cronkite School, he oversees the Cronkite News bureaus in Phoenix, Washington, D.C., and Los Angeles, and the Cronkite Sports bureaus in Phoenix and Los Angeles. He also manages the Television Production and Graphics Lab, Public Relations Lab, Digital Audiences Lab, the JET Lab, and the New Media Innovation and Entrepreneurship Lab. Before joining the Cronkite School in 2014, Kurland was an Emmy Award-winning sports producer & multimedia entrepreneur. His awards include a National Sports Emmy Award, four Telly Awards, a W3 Award, a Webby Award and Emmy Award nominations. Kurland holds a Bachelor of Science degree from Northwestern University’s Medill School of Journalism, Media, Integrated Marketing Communications, and an MBA from Northwestern’s Kellogg School of Management.

Jordan Elder is an investigative reporter with News 4 and Fox 29 in San Antonio, Texas. Prior to her current role, she spent two years reporting in Springfield, Illinois, at stations WICS/WRSP. She led the station’s coverage on the Illinois child welfare system, exposing issues like children sleeping on the floors of offices, being held in hospitals after they were cleared to leave, and children dying despite state involvement with their families. Jordan’s reporting also led to changes in how the city of Springfield tracks abandoned houses. Before starting her career in Springfield, Jordan received her bachelor’s and master’s degrees from the Walter Cronkite School of Journalism and Mass Communication at Arizona State University. She specialized in long-form investigative reporting, covering natural disaster relief and recovery for Carnegie-Knight News21, youth suicide in Arizona and health disparities in the Southwest.

Jamie Landers (she/her) graduated from the Walter Cronkite School of Journalism and Mass Communication in May 2021 before joining The Dallas Morning News as a breaking news reporter in December 2021. She previously reported for The Arizona Republic and Arizona PBS.

Matt Roy is a general assignment reporter with News 4 and FOX 29 in San Antonio. Roy, who hails from Palm Springs, California, played football for College of the Desert in Palm Desert, California. After earning his degree there, he got a scholarship to play football at Fort Lewis College in Durango, Colorado. He later earned his master’s degree from Arizona State’s Walter Cronkite School of Journalism and Mass Communication.

Liliana Salgado is a multi-award-winning video journalist born and raised in Phoenix, Arizona. She studied at the Walter Cronkite School of Journalism and Mass Communication. During her time there, she was chosen as one of the Washington, D.C. correspondents for Cronkite News which aired on Arizona PBS and Univision Arizona. Liliana fronted live stories about border issues and immigration from the nation’s capital. Upon graduating in 2015, Salgado worked for Univision Nevada as a multimedia journalist covering the northern part of the state. A year later, Liliana returned to her hometown after being hired as a video journalist for Univision Arizona. In her almost six years with the station, Liliana was awarded 19 Emmy Awards. She now works for the global news agency, Reuters, covering stories of national and international interest.