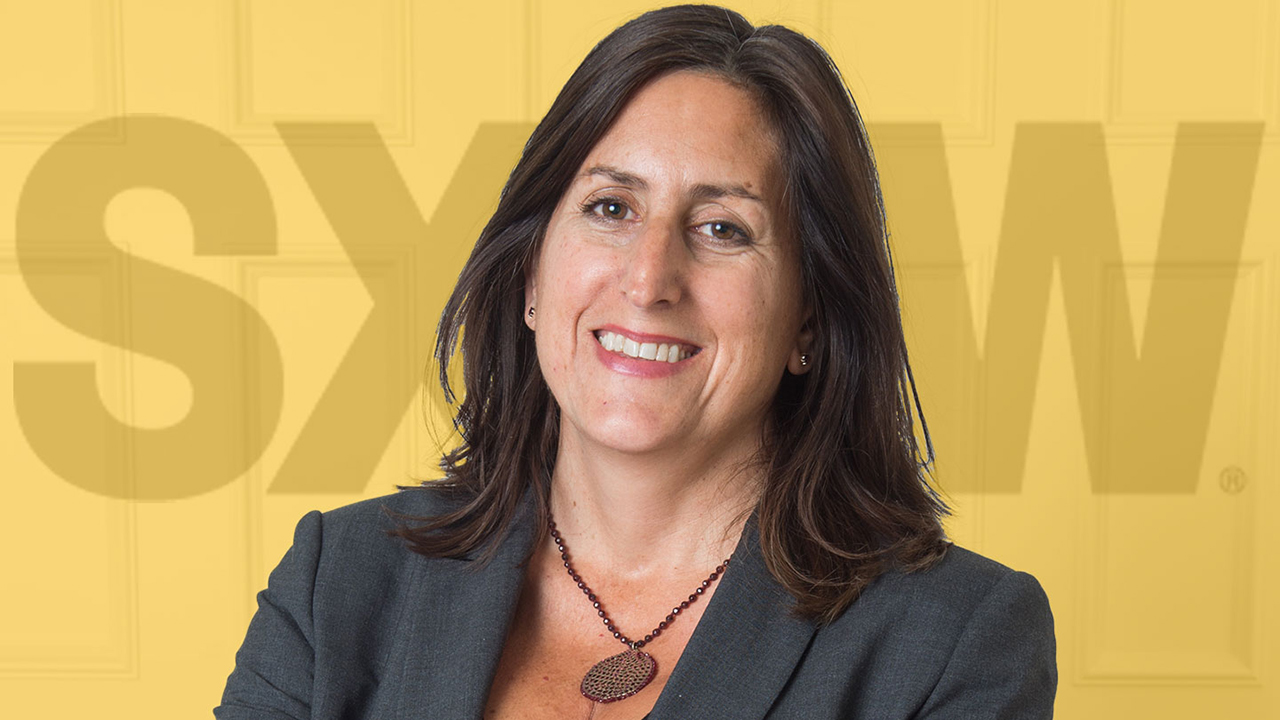 Immersive journalism pioneer Nonny de la Peña has received a Peabody Field Builder award, one in a new category of awards from the organization whose stamp of approval signals excellence in media.

The award was presented to de la Peña by the Oscar award-winning filmmaker Alejandro González Iñárritu, who praised her ability to “subordinate technology to a greater purpose, which is to understand each other, to love each other” and said “we all, the ones who have experienced your work, we have been transformed.”

Determined each year by a diverse Board of Jurors through unanimous vote, Peabody Awards are given in the categories of entertainment, documentary, news, podcast/radio, arts, children’s and youth, public service, multimedia programming—and now digital and interactive storytelling. The new Field Builder award honors an artist, project or technological innovation that enabled or inspired new modes of interactive storytelling that are now widely adopted.

“Creators have been telling amazingly powerful stories in these formats for a long time now,” said Jeffrey Jones, Peabody’s executive director. “Peabody is excited to be much more thoughtful and intentional in recognizing them as stories that matter, standing squarely beside the traditional broadcast categories we have long awarded.”

De la Peña is the program director of ASU’s Narrative and Emerging Media program, a joint L.A.-based undertaking by The Sidney Poitier New American Film School, in the Herberger Institute for Design and the Arts, and the Walter Cronkite School of Journalism and Mass Communication.

The program focuses on new narratives developed using emerging media technologies such as virtual, mixed and augmented reality in the areas of arts, culture and nonfiction. De la Peña is extending this programming alongside curriculum to the Media and Immersive eXperience (MIX) Center in Mesa, Arizona, opening in the fall to serve as a home for The Sidney Poitier New American Film School and new interdisciplinary degree programs based in extended reality and immersive media.

“I’m deeply honored to be recognized by Peabody for my career dedicated to establishing the field of immersive journalism,” de la Peña said. “The prestige of winning the Peabody is unparalleled for a reporter, and I am thrilled that I will be able to carry this legacy award with me as we create news for the future.”

Earlier this month, De la Peña was also inducted into the South by Southwest (SXSW) Hall of Fame. SXSW, located in Austin, Texas, celebrates music, film and technology through festivals, conferences and interactive media each year; the SXSW Hall of Fame honors “exceptional trailblazers whose work has helped shape the connected world and who continue to guide digital industries.”

“It is such a privilege that the community of SXSW has chosen me to represent the unbridled spirit and resilience of this world class festival,” de la Peña said of the honor. “As a SXSW Hall of Fame inductee, I am thrilled to have been selected to join a roster of incredible people doing extraordinary things.”

“Nonny is truly deserving of the Field Builder award, and of her place in the SXSW Hall of Fame,” said Steven J. Tepper, dean and director of the Herberger Institute. “She has been a relentless champion for inclusion and for using immersive media to challenge injustice and lift up diverse voices.”

“We are thrilled to celebrate Nonny’s Peabody and her SXSW Hall of Fame appointment,” said Cronkite School dean Battinto L. Batts Jr. “We continue to be inspired by Nonny’s innovative leadership, blazing the path of immersive journalism.”

In 2015, De la Peña was named the “Godmother of Virtual Reality” by the Guardian. She is the founder and CEO of Emblematic Group, a digital media company focused on producing immersive virtual reality content. Her work in virtual reality has been shared by the BBC, Mashable, Vice and Wired.

Her MIT Journal Presence paper “Immersive Journalism: Immersive Virtual Reality for the First-Person Experience of the News” is the second most downloaded article in the journal’s history and her Ted Talk “The future of news? Augmented Reality.” has garnered 1.3 million views.

De la Peña is a New American fellow, Yale Poynter Media Fellow and former correspondent for Newsweek. She earned a Bachelor of Arts in sociology and visual and environmental studies from Harvard University, a Master of Arts in online communities from the USC Annenberg School for Communication and Journalism, and a Ph.D. in media arts and practice from the USC School of Cinematic Arts.

At the 2018 SXSW Conference, she presented the Convergence Keynote “Reaching for Truth: Unlocking the Power of Human Storytelling in Virtual and Augmented Reality,” in which she highlighted the expansive opportunities of virtual and augmented reality beyond entertainment