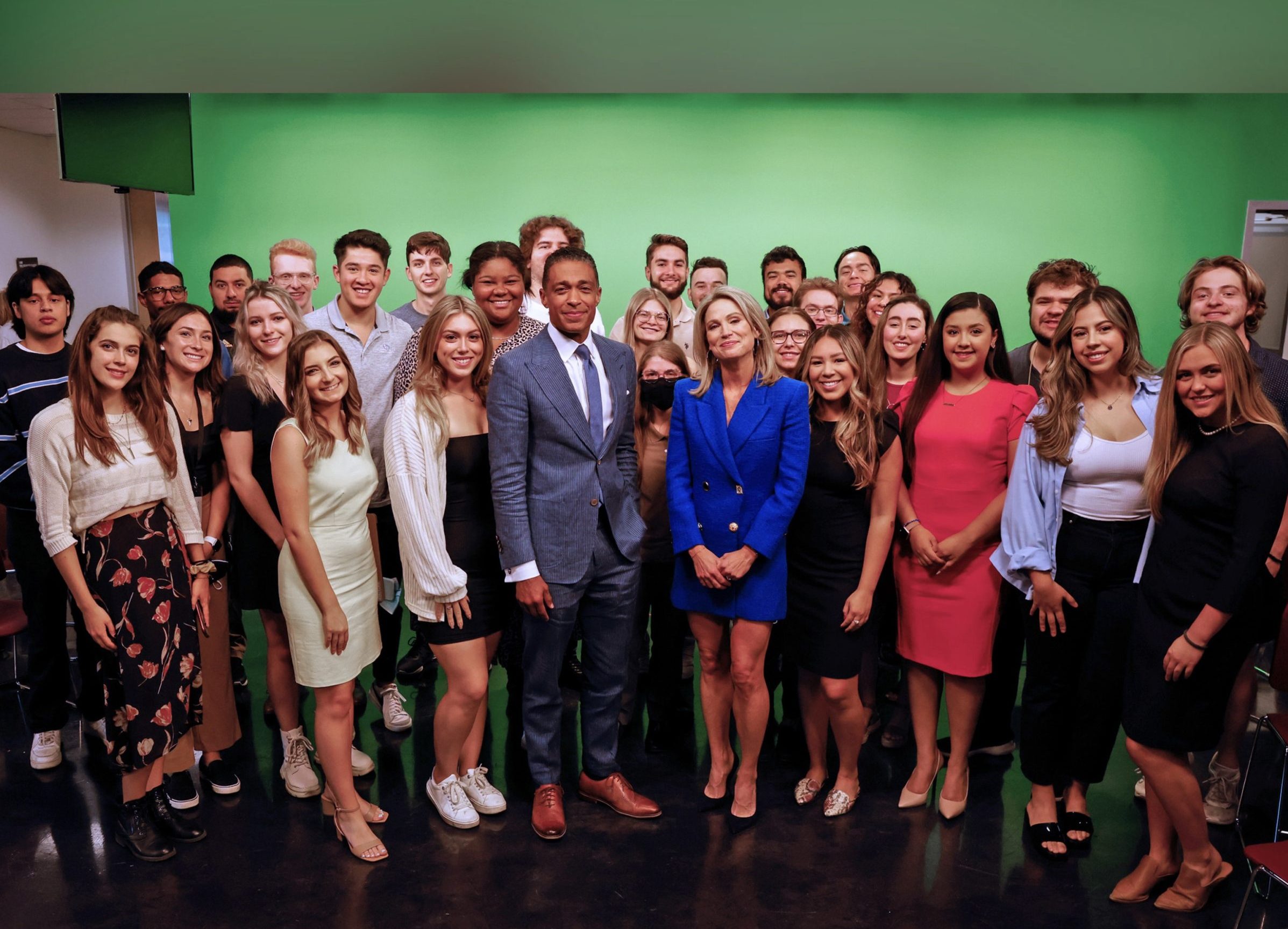 The show flew producers into Phoenix from Washington D.C., New York and other places to broadcast the popular news shows from Arizona.

The network’s production team relished the opportunity to broadcast from Phoenix and interview politicians and public figures, especially since Arizona is considered a battleground state in the upcoming election. However, the crew’s interaction with the students served as one of the highlights of their trip.

“As journalists, we always feel like it’s important to reach back,” said “GMA3” Executive Producer Catherine McKenzie. “So if we can work with a school that has a great program like you guys have, we thought it would be great to work with you guys so your students could see how we work and so we could learn from them, and see what they’re doing and what they’re interested in.”

“GMA3” broadcasted on Friday from the Cronkite School’s roof while “This Week with George Stephanopoulos” aired Sunday morning from the same location.

Prior to their visit, the show’s staff emailed students to request runners to help the GMA crew throughout the weekend.

On Thursday, three students arrived at the Cronkite building before 5:30 a.m. The sun wasn’t up, but they were.

ABC News producer Dawn Piros got students on the roof and in headsets as often as possible as the crew rehearsed for the upcoming broadcast. The team wired their ears and said, “You’re ‘Amy,’” referring to “GMA3” anchor Amy Robach, or “You’re the ‘guest,’” and to look into the corresponding cameras as the students model for the perfect camera angles.

“The producers and team at Good Morning America were so encouraging and welcomed us interns with open arms. It was an unbelievable experience that I will never forget. Just being able to be in the vicinity of amazing people who are dedicated to telling stories and who care about their work was truly inspiring to see,” said Cronkite senior and student runner Roxanne De La Rosa.

Perita Carpenter, a production manager at ABC News, said she was impressed with the Cronkite News set and all that is available to students at the school.

“GMA3” continued its visit Friday morning with a Q&A session with students in the sixth-floor Cronkite News studios.

Robach and fellow anchor T.J. Holmes answered questions from students during the 30-minute session, sharing industry advice and describing how they overcame obstacles in their careers.

They discussed challenges related to their early years in the industry, work/life balance and health issues, when to say ‘yes’ or ‘no’ to an opportunity, encounters with racism and discrimination, and how past experiences shaped them for their current roles with GMA3.

Robach said there wasn’t a big moment that led her and Holmes to GMA3, but rather a number of smaller opportunities that prepared her for the show.

“It’s each one of those little moments that led us to where we are,” she said. “I would never be able to point to one moment and say that was the big moment in my career.”

Holmes also said all of the opportunities he received, both positive and negative, created a path for him to reach his current position.

A handful of students gained valuable lessons from both the Q&A session, as well as volunteering to work with the anchors and production crew last week and throughout the weekend.

“I think the biggest lesson that I learned is if you exude positivity, good things happen,” said Cronkite freshman Ian McKinney, who worked with other students to assist the GMA3 production crew. “Even when they were having issues with a couple of little technical things in the broadcast, they all stayed really positive. They were like ‘okay, we can fix this’ and weren’t overly stuck on the problem.”

For Ashley Madrigal, a Cronkite senior who’s expecting to graduate next spring, assisting the production crew and attending the Q&A provided insight into the possibilities that exist within the broadcast journalism industry and helped her soothe concerns about pursuing a career after graduation.

“I used my time to ask a question and asked about one of their biggest struggles that they face post graduation,” Madrigal said. “They explained their hardest times but also emphasized that you can get through it and that really made me feel more comfortable and content that I’m where I need to be and everything happens for a reason.”