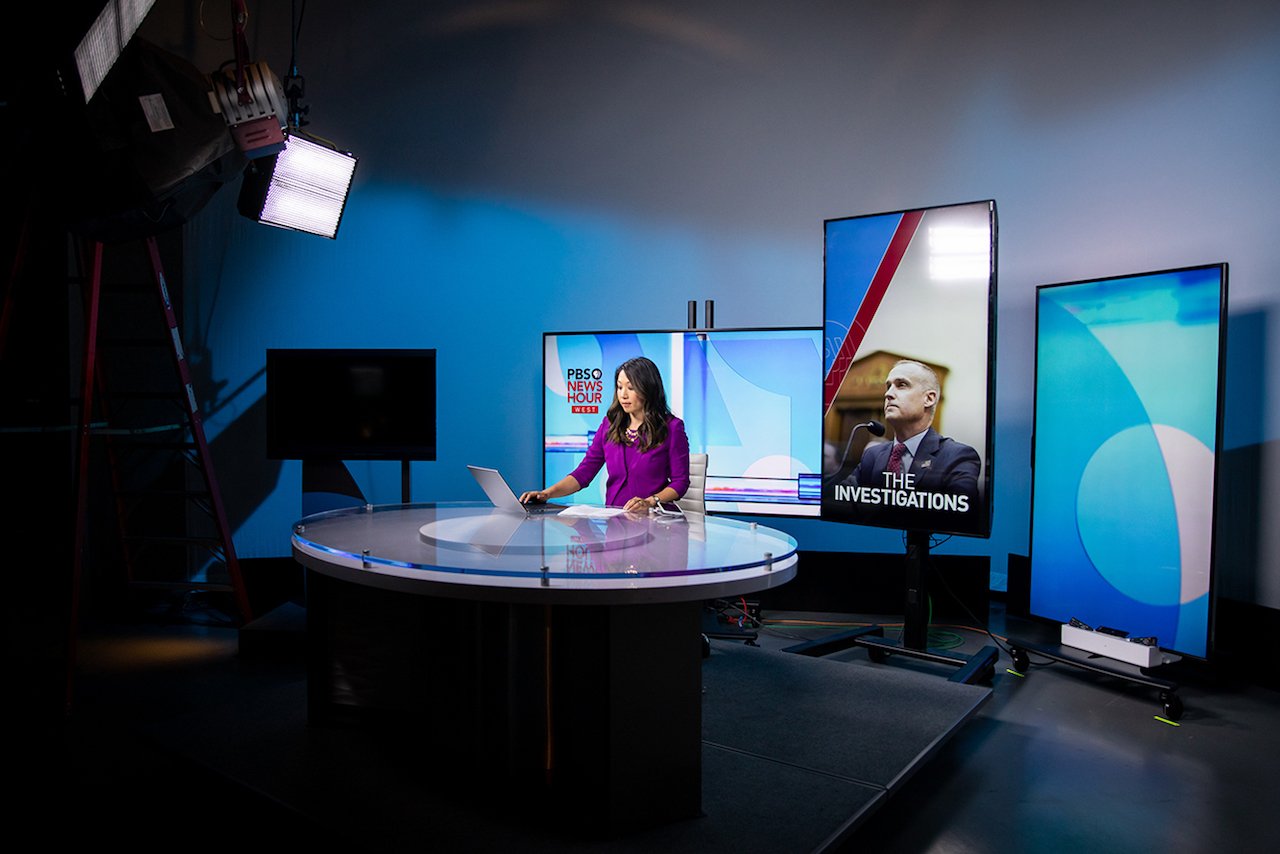 PBS NewsHour West, the new bureau of the “PBS NewsHour,” is producing its first broadcast on Monday, Oct. 14. In addition to producing news stories based in the western U.S., the Phoenix-based team will update PBS NewsHour’s 6 p.m. Eastern time zone broadcast for West Coast audiences.

“PBS NewsHour,” the national nightly newscast known for its in-depth exploration of the day’s most critical issues, announced the creation of its new western bureau in March. PBS NewsHour West is housed at the Walter Cronkite School of Journalism and Mass Communication under a new partnership with Arizona State University.

Made possible with the generous support of the Corporation for Public Broadcasting, PBS NewsHour West allows NewsHour’s nightly broadcast to better serve audiences in the West and online, and to continue its expansion into a 24/7 news operation.

“As news cycles continue shrinking and America’s appetite for fair, contextual and trustworthy reporting intensifies, PBS NewsHour West at ASU’s Cronkite School will allow us to better serve our audiences across platforms and time zones,” said Sara Just, the program’s executive producer who serves as senior vice president of WETA, the flagship public broadcaster in the nation’s capital and producer of “PBS NewsHour.”

“With a team located at the Cronkite School and Arizona PBS, we will have an ideal perch from which to better cover the important issues in the West with alacrity and insight and serve our West Coast audiences even better,” Just said.

The PBS NewsHour West team includes award-winning journalist Stephanie Sy, a correspondent who serves as the West Coast anchor. The editorial operation in Phoenix is led by Richard Coolidge as senior producer of PBS NewsHour West.

“It is interesting to view the news through the lens of a Western viewer,” Coolidge said. “There is criticism sometimes that a lot of the news is East Coast-centric because most of the national news outlets are based there. We want to try to balance that out.”

Judy Woodruff, the winner of ASU’s 2017 Walter Cronkite Award for Excellence in Journalism, who has more than four decades of reporting experience at PBS, CNN and NBC, will continue to serve as NewsHour managing editor and primary anchor of the nightly broadcast.

Cronkite School Dean and Arizona PBS CEO Christopher Callahan added, “‘PBS NewsHour’ has a long history of setting the standard for broadcast journalism. We are honored to be a part of this great partnership, and we look forward to helping NewsHour deliver critical news coverage to communities in the western United States and sharing western stories with audiences across the country.”

Callahan said the new partnership will more deeply connect Cronkite to one of its most important professional partners. Over the past year, students in Cronkite News, the student-staffed, faculty-led news division of Arizona PBS, have produced in-depth packages for broadcast on the NewsHour.

Under the new partnership, the connections between Cronkite News and NewsHour will deepen, and the new Howard Center for Investigative Journalism will work collaboratively with NewsHour on national investigations, Callahan said.

“This is a tremendous opportunity for our students while, at the same time, giving us the opportunity to help provide deeper and more nuanced news coverage of the issues most critical to the West,” he said.

Several factors played into the decision to open PBS NewsHour West at ASU, Just said. The university, with its internationally-recognized journalism program, is committed to public broadcasting and serves as the home to Arizona PBS. The bureau also will allow NewsHour to work more closely with PBS stations and other media partners on the West Coast, where more than 20 percent of NewsHour’s audience resides.

“We are so pleased that our viewers in the western states will have these important updates emanating from our studios,” said Arizona PBS General Manager Mary Mazur.

At 1.14 million viewers per minute, the “PBS NewsHour” nightly broadcast audience for the 2017-2018 television season was up 34 percent compared with the 2013-2014 television season. NewsHour’s website in 2018 reached 52 million users, up nearly 40 percent compared with 2015. With an eye for continued growth and reach across platforms, Just announced last year the move to expand and transform “PBS NewsHour” online with the addition of nine new full-time digital positions.

About the Walter Cronkite School of Journalism and Mass Communication
The Cronkite School at Arizona State University is widely recognized as one of the nation’s premier professional journalism programs. The school’s more than 2,000 students regularly lead the country in national journalism competitions. Cronkite’s 15 full-immersion professional programs give students opportunities to practice what they’ve learned in real-world settings under the guidance of professionals. Arizona PBS, which is part of the Cronkite School, includes Cronkite News, a multiplatform news operation with bureaus in Phoenix, Los Angeles and Washington, D.C., as well as a local nightly newscast.