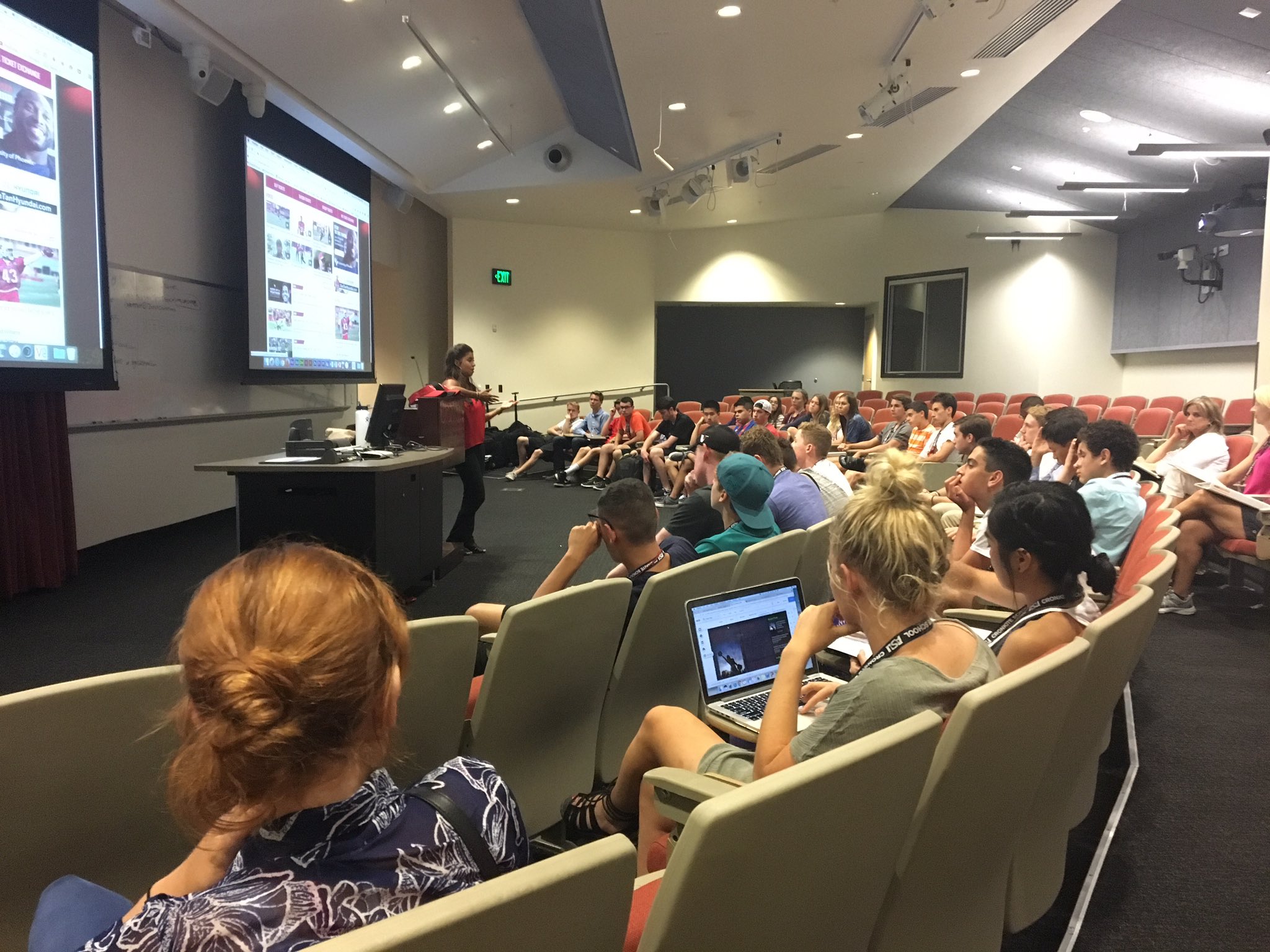 Thirty-one high school students from 15 states will report on professional sports teams and get training in sports journalism as part of the Cronkite Sports Broadcast Boot Camp at Arizona State University.

“I’m excited to expose the next generation of sports broadcasters to our great facilities and a thriving sports community,” said Cronkite Professor of Practice Paola Boivin, the former longtime Arizona Republic sports columnist who directs the camp. “Journalism remains an important profession, and these students will learn from the best.”

Students do play-by-play and sideline reporting, studio producing and live on-air reporting in the classroom and on the field. The program’s instructors and speakers come from FOX Sports Arizona, the Phoenix Suns and Arizona Cardinals, among others. Outside of the classroom, students learn from veteran journalists working in the field at Arizona Sports, KMVP-FM, and the sports departments at 12 News, KPNX-TV, and FOX 10, KSAZ-TV.

With access to the Cronkite School’s state-of-the-art equipment and facilities, students are able to create video stories from the field and in-studio sportscasts. For their final project, they produce an interactive media website.

The camp, which is in its third year, runs from July 16-30. Students are housed at Taylor Place residence hall on ASU’s Downtown Phoenix campus.

“It’s amazing to see how this program continues to grow," said Cronkite Assistant Dean Mark Lodato, who oversees the sports programs at the Cronkite School. “The camp offers extraordinary experiences for students considering sports journalism in college. We sincerely appreciate the support of our local media and sports organizations that make this camp possible.”