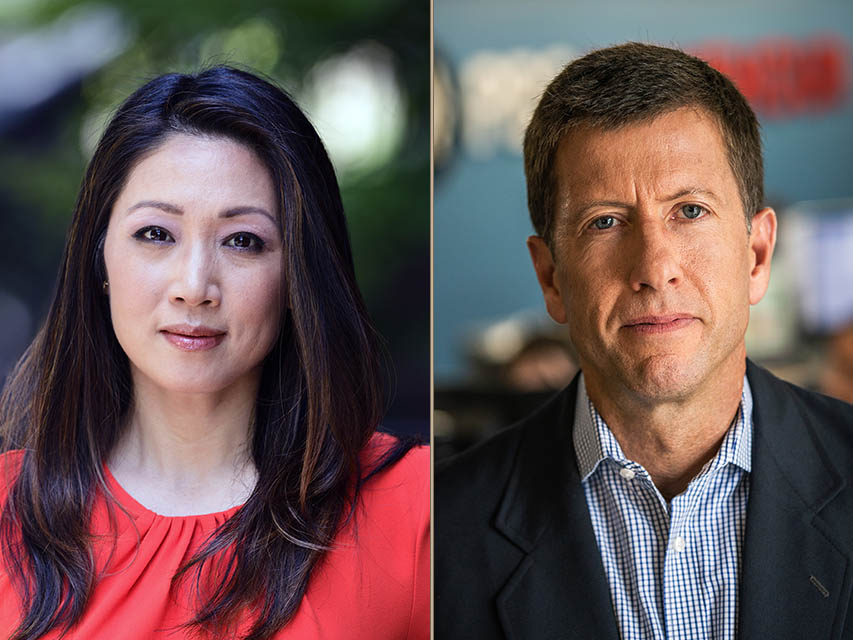 Sy, who will also be a PBS NewsHour correspondent, most recently served as anchor/correspondent at Yahoo News and for the past 15 years has served in anchor and correspondent capacities at CNN International, Al Jazeera America, ABC News, CBSN, and PBS NewsHour Weekend.

Additionally, Richard Coolidge, who's served as a senior content producer and managed station and partner editorial collaborations for NewsHour since April 2015, will lead the editorial operation in Phoenix as senior producer of PBS NewsHour West.

“I am delighted to welcome Stephanie Sy to our team as we expand the NewsHour and launch PBS NewsHour West,” said Just. “Stephanie’s nearly two decades of experience reporting in the field, domestically and overseas, on digital and broadcast platforms and at the anchor desk, give her tremendous range and depth.”

Just said she was equally delighted to have Coolidge oversee PBS NewsHour West. “We will miss him in Washington, where he is a natural and widely respected leader and skilled problem solver, but we are thrilled to have his steady hand at the wheel in Arizona,” said Just. “Richard’s work with our PBS stations and partner editorial collaborations has been key to furthering the mission and reach of the PBS NewsHour.”

Sy added, “The role PBS NewsHour plays in the American landscape is more relevant and needed today than ever before. It's a privilege to be on NewsHour's team of distinguished journalists, led by the incomparable Judy Woodruff, who has tirelessly held up this gold standard in journalism. I look forward to reporting from Phoenix and the region with the thoughtfulness and integrity that are NewsHour's signature.”

Announced earlier this year and slated for broadcast launch this fall, the opening of the bureau at the Cronkite School will allow for NewsHour’s nightly broadcast to better serve audiences in the West and online, and to continue its expansion into a 24/7 news operation. When news warrants, the PBS NewsHour West team will update PBS NewsHour’s 6:00 p.m. Eastern time zone broadcast for audiences in the West as well as late broadcasts on radio, television and streaming platforms. Judy Woodruff, who has more than four decades of reporting experience at PBS, CNN, and NBC, will continue to serve as primary anchor of the nightly broadcast and managing editor of NewsHour.

Several factors played into the PBS NewsHour’s decision to open PBS NewsHour West at ASU. The university, with its own pre-eminent journalism program, is committed to public broadcasting and serves as the home to Arizona PBS. The bureau will also allow for NewsHour to work more closely with PBS stations and other media partners on the West Coast, where more than 20% of NewsHour’s audience resides.

“We are excited to partner with the PBS NewsHour to give viewers and readers more and deeper coverage of issues in the West while at the same time providing fantastic new opportunities for our students,” said Cronkite School Dean and Arizona PBS CEO Christopher Callahan. He noted that PBS NewsHour West will work with students at Cronkite News and the new Howard Center for Investigative Journalism to provide important content to NewsHour viewers nationwide.

The opening of PBS NewsHour West is made possible with the generous support of the Corporation for Public Broadcasting.

Under the leadership of Just, who joined as executive producer in September 2014 after more than 25 years at ABC News, PBS NewsHour has seen growth and expansion across platforms. The NewsHour’s nightly broadcast audience for the current television season (Oct. 2018 – June 2019) is up 26% compared to the 2013-14 television season at 1.07 million viewers per minute. NewsHour’s website during that same period reached 40 million users, up 45% compared to four years earlier.

On broadcast, NewsHour reaches 2.6 million total viewers nightly and 19.2 million monthly. Across digital platforms – website, app, Apple News, podcasts, and YouTube – NewsHour reaches an audience of nearly 21 million monthly. In addition to the launch of PBS NewsHour West and its team of up to six individuals based in Phoenix, Just announced in late 2018 the move to expand and transform PBS NewsHour online with the addition of nine new full-time digital positions.

Arizona PBS is one of the nation’s leading public media organizations, with four broadcast channels and a growing array of digital platforms. A trusted community resource for more than five decades, Arizona PBS fosters lifelong learning through quality programming, in-depth news coverage and critical educational outreach services. It is one of the country’s largest public television stations, reaching 80 percent of Arizona homes and 1.9 million households each week through four channels. Arizona PBS has been part of ASU since the station launched in 1961.

About the Cronkite School

The Cronkite School is widely recognized as one of the nation’s leading journalism education programs. In addition to a wide range of academic and professional development offerings in the United States, the school’s office of Global Initiatives regularly hosts journalism and communication practitioners and scholars from around the world for classes, workshops and immersion programs. In addition, Cronkite faculty engage globally in a variety of assignments and settings, often as international instructors, presenters and media experts, and Cronkite students travel to other countries as part of the school’s study abroad programs.

WETA Washington, D.C., is one of the largest producing stations of new content for public television in the United States. WETA productions and co-productions include PBS NewsHour, Washington Week, The Kennedy Center Mark Twain Prize, The Library of Congress Gershwin Prize For Popular Song, Latino Americans, The Italian Americans and documentaries by filmmaker Ken Burns and scholar Henry Louis Gates, Jr. Sharon Percy Rockefeller is president and CEO. More information on WETA and its programs and services is available at www.weta.org.

PBS, with more than 330 member stations, offers all Americans the opportunity to explore new ideas and new worlds through television and digital content. Each month, PBS reaches over 120 million people through television and 26 million people online, inviting them to experience the worlds of science, history, nature and public affairs; to hear diverse viewpoints; and to take front row seats to world-class drama and performances. PBS’ broad array of programs has been consistently honored by the industry’s most coveted award competitions. Teachers of children from pre-K through 12th grade turn to PBS for digital content and services that help bring classroom lessons to life. Decades of research confirms that PBS’ premier children’s media service, PBS KIDS, helps children build critical literacy, math and social-emotional skills, enabling them to find success in school and life. Delivered through member stations, PBS KIDS offers high-quality educational content on TV – including a 24/7 channel, online at pbskids.org, via an array of mobile apps and in communities across America. More information about PBS is available at www.pbs.org, one of the leading dot-org websites on the internet, or by following PBS on Twitter, Facebook or through our apps for mobile and connected devices. Specific program information and updates for press are available at pbs.org/pressroom or by following PBS Pressroom on Twitter.